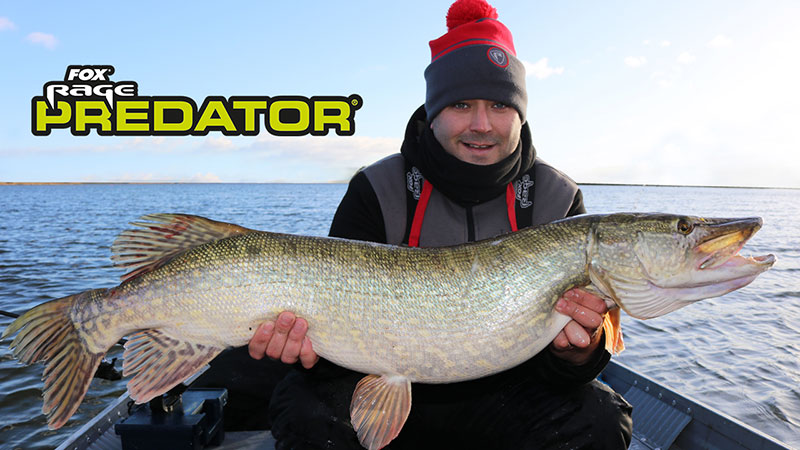 Living in Scotland I feel absolutely blessed by the amount of waters that I can catch pike from. Some are huge and rugged, others are small and intimate, some are crystal clear and full of life, others are the opposite. All, though, have one thing in common – they present the angler with many different challenges. But for me, none offer more of a challenge than trout waters where the pike can grow big and particularly difficult.

WHY FISH FOR PIKE ON A TROUT WATER?
Typical trout waters are generally not the best venues for beginners as the fishing is often very hard. Look at the statistics of large pike caught in the UK over the past 30 or so years though, and you will see a massive proportion of 35lb-plus fish have been taken from such waters. Regularly stocked with high protein food for predators, these waters provide the resident pike with a near perfect environment and diet for attaining huge weights. Many trout waters are now renowned with producing mammoth sized pike, and in turn attracting pike anglers from all over the UK. Often the pike fishing potential becomes more of a draw than the trout fishing that they originally built there reputation on in the first place…

The mere mention of venues such as Ladybower, Chew Valley lake, Blithfield Reservoir, Grafham Water, Llandegfedd and other famous trout waters such as the likes of The Lake of Menteith and Rutland Water are enough to whet the appetite of any hardy pike angler.

Now, it’s very easy to get carried away with the size and weights that these trout water pike can grow to, but the downside of this should be kept it mind. Always remember that the pike in these waters don’t have to go far for a meal (which is why they can pile on the pounds in the first place), so locating and catching actively feeding pike can be hard work and often very frustrating. I’ve sat for days on end doing all I can to try and catch a pike from these waters with no joy. Sometimes it feels like they just totally just switch off and no matter what I do or throw at them they’re just not up for having any of it. However, having said that, I’ve also had some of the best fishing of my life on trout waters. Eleven of my 30lb plus pike captures have come from trout waters, and I’ve only ever caught one over 30lb from a natural water. So they are certainly worth the time and effort if you are prepared to put it in.

I like to consider myself, as I’m sure many others do, as a specimen pike angler. So to continually fish for and catch these big pike on a regular basis I have to be on the waters that contain them – you can’t fish for pike that aren’t there! Trout waters by far offer the best chance of achieving this.