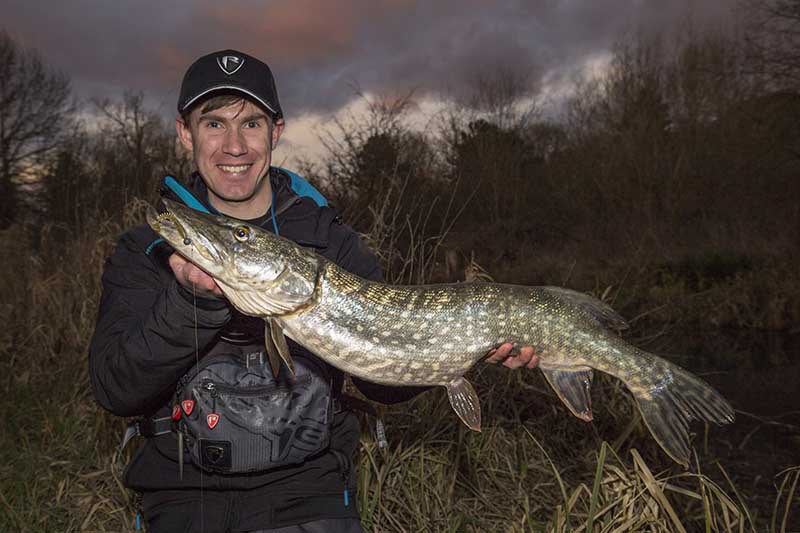 Between October and December, Dad and I found it very difficult to tear away from some amazing reservoir fishing, but come mid January, we found the call of the rivers hard to resist, especially knowing there were just a couple of months to go until the river season closed.

My first trip on a river in 2022 was for a video for Salmo’s YouTube channel. I was set a challenge to catch perch, pike and chub on as many different models of crankbaits as I could in a day. It turned out to be an action packed session! By the end of the day I managed to catch all three species on five different crankbaits. Dad also had a few casts late afternoon and landed a couple of good perch on another lure - the Salmo Executor, which he’s caught quite a few fish on this season, including one of his biggest pike from a local river! 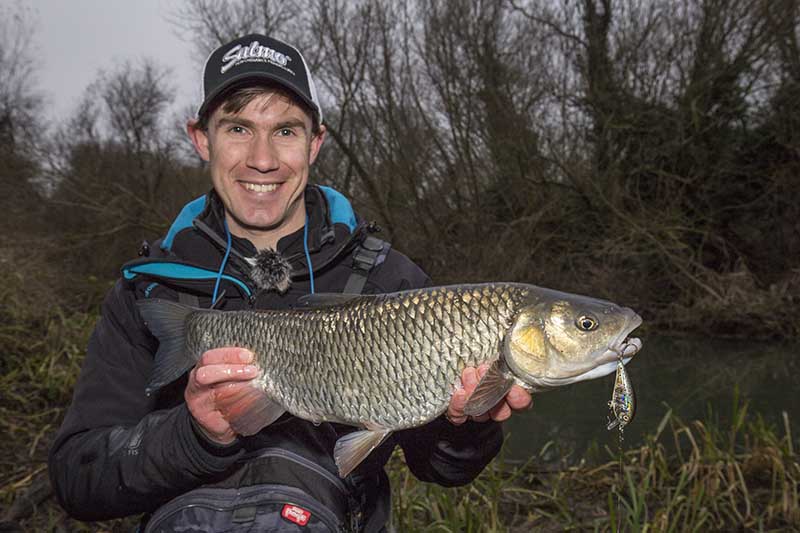 This chub was caught whilst filming the Salmo lure challenge, and took a Butcher on the drop 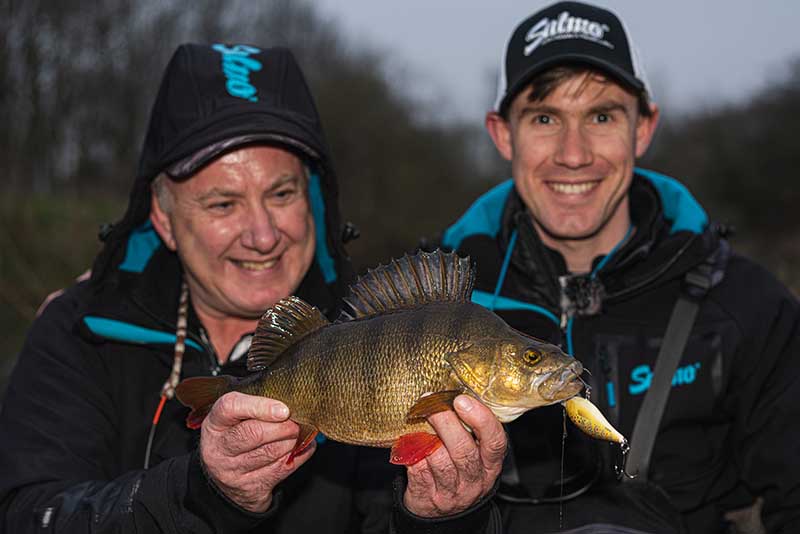 The biggest perch of the day caught whilst filming the Salmo lure challenge, that took a 9cm Executor 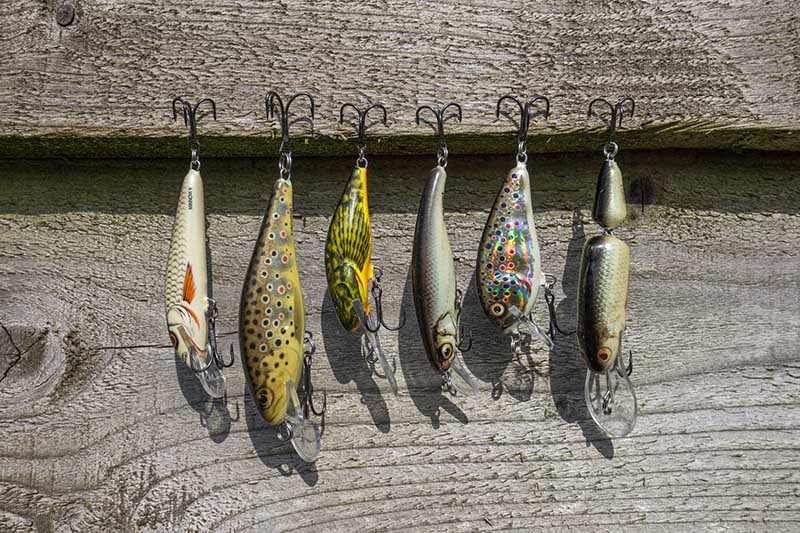 The successful crankbaits from the Salmo lure challenge 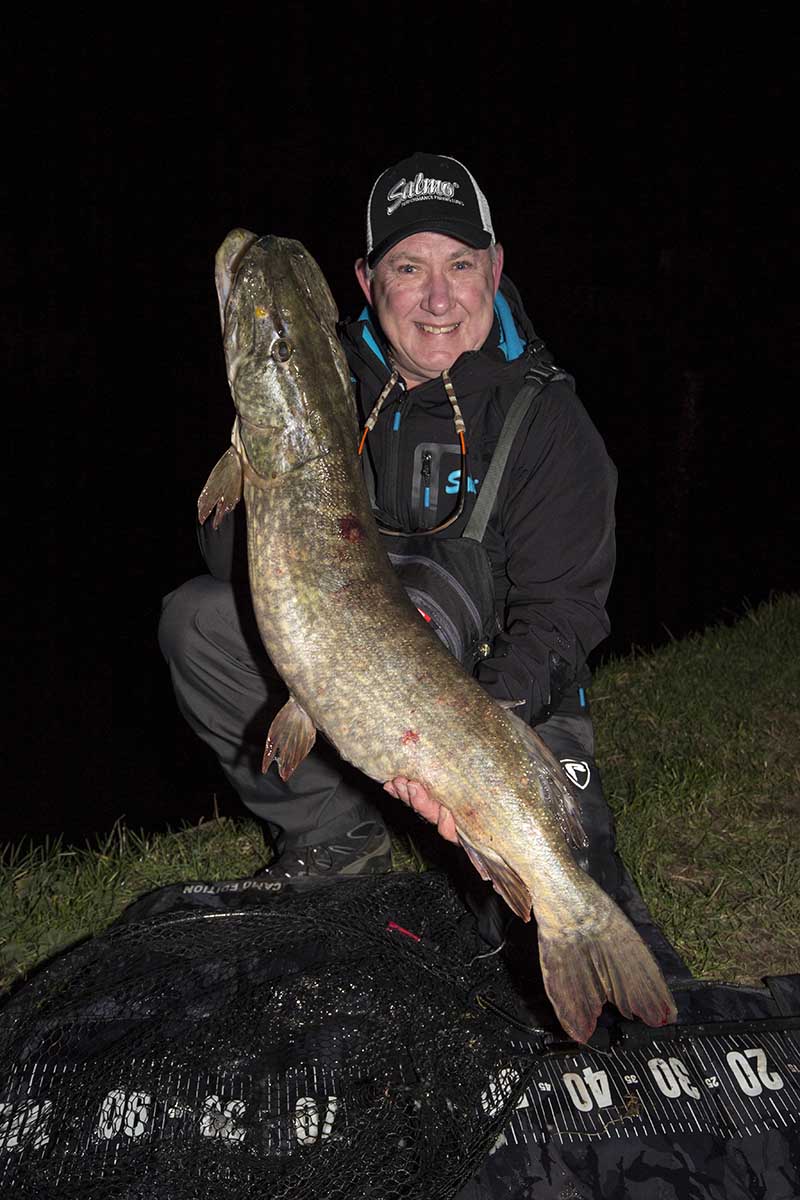 Not the best looking pike, but we think it had spawned early. Dad caught this fish on an Executor whilst fishing for perch in to the dark

Crankbaits continued to work well for the remainder of the season. In fact, I worked out from my fishing notes that my Dad and I caught just over half of our fish on them. 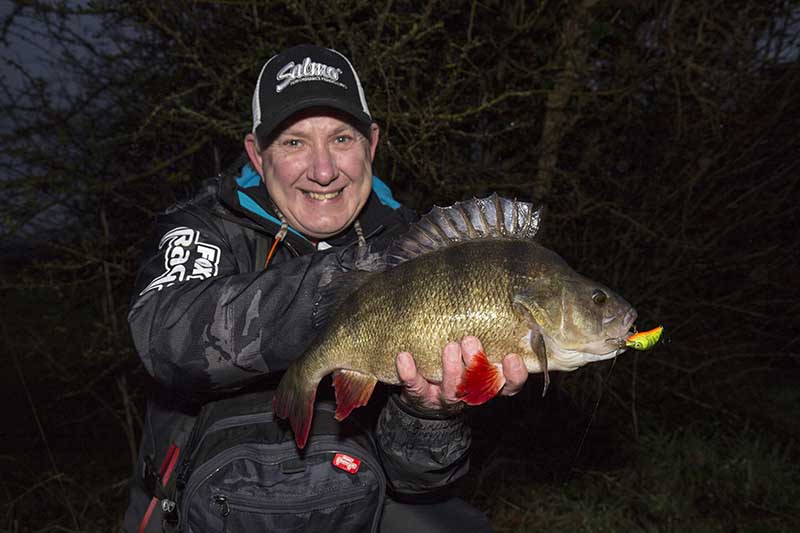 The 4.5cm Salmo Rattlin' Hornet is one of our favourite crankbaits for targeting river perch! This fish weighed 3lb 14oz 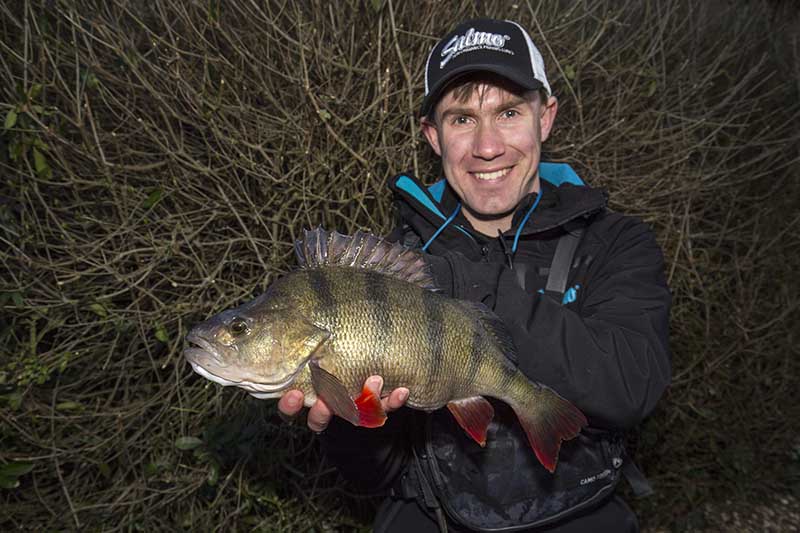 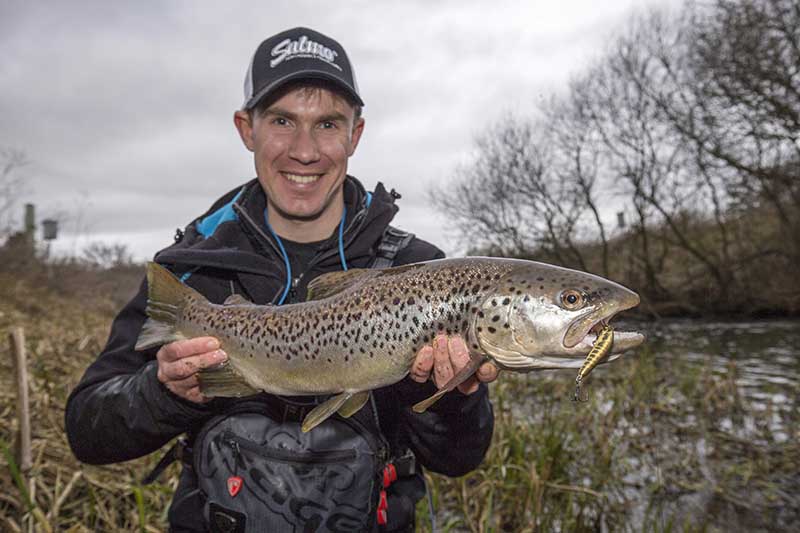 An accidental brown trout caught whilst fishing for chub, that took a 5cm Salmo Minnow 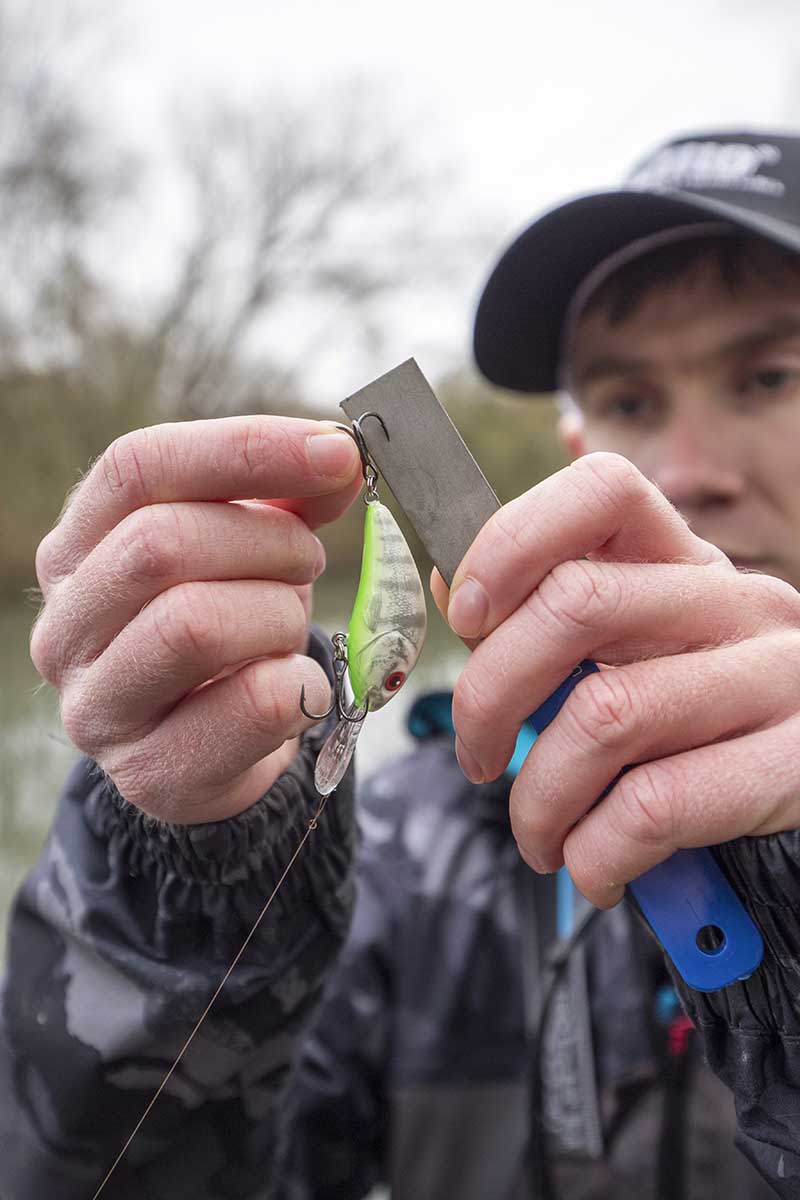 Sharpening up the trebles on a 4.5cm Rattlin' Hornet

On March 6th, it was my Dad’s 60th birthday. He knew he wanted to try and get a few hours fishing in, but didn’t want to travel far as we’d planned to go out for a meal in the evening. We started fishing at around 1pm, and for a bit of fun, he’d set himself a challenge of trying to catch a fish from three different local rivers that he’d grown up fishing on. Under normal circumstances I would have been confident that he would have achieved this, but unfortunately, when we turned up to the first river, it was really coloured and raging through. He clipped on a Strike King Baby Rage Craw in Pearl and concentrated on the slack areas, and after about an hour, he managed to hook and land a chunky jack pike. 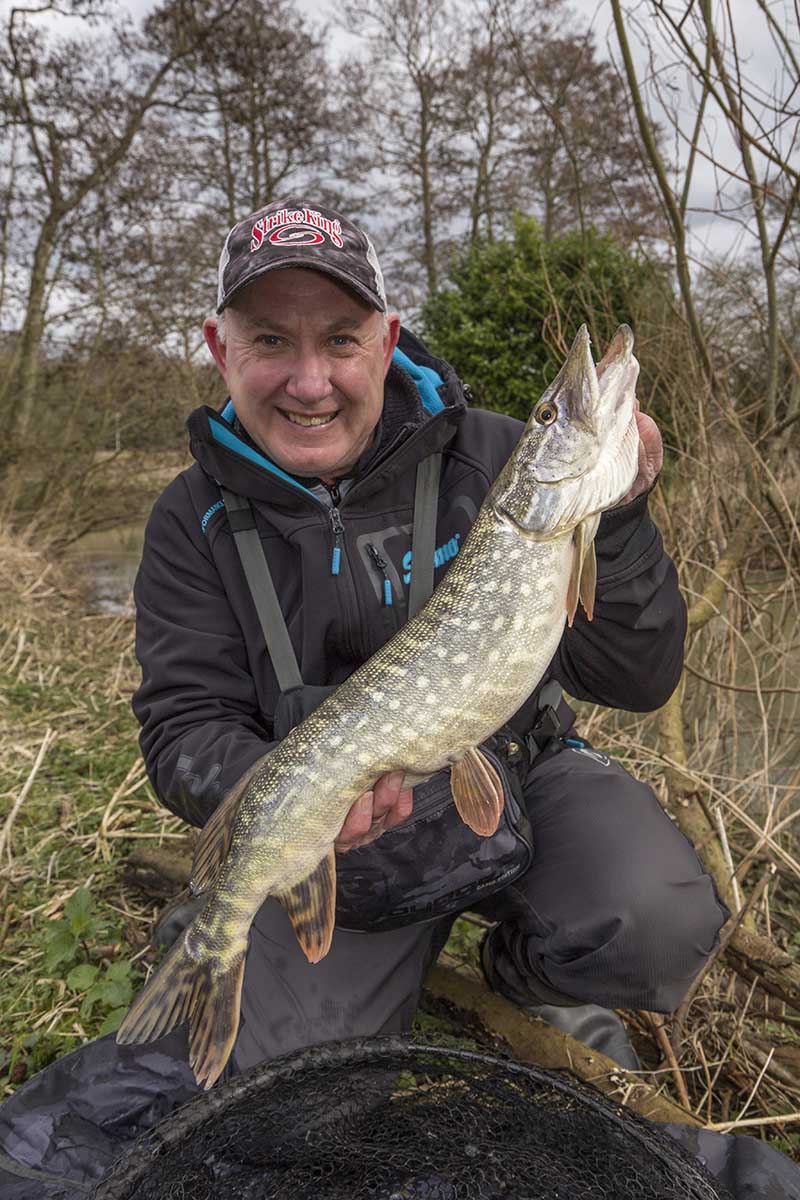 The first fish from the first river 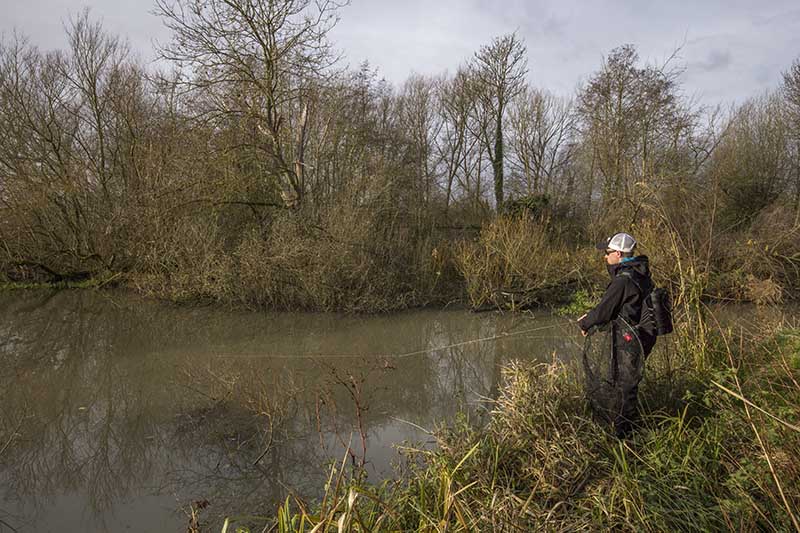 Fishing a crankbait in coloured water

We hopped in the car and drove to the second river, which we found was also coloured, and after trying a good number of of different lures, he finally had a pike follow in his Rattlin’ Hornet, but it missed the lure. Thankfully though, it took on the next cast, and he had a fish from the second river in the net!

With just over an hour of light left, we jumped back in the car to the third river. The light was starting to fade fast, and again, the river was just as coloured as the previous two. After about 10 minutes I managed to catch a micro pike, drop shotting in the margins. I wish Dad had caught it, as it wasn’t looking good for another fish for him. By now, it was almost pitch black and our time was almost up, when he hooked a jack pike, but the unbelievable happened - it came off at the net! Sadly he didn’t achieve his challenge, but he had fun trying!

Despite it being a mild winter, the fishing was quite tough. One technique that can work well on difficult days is ned rigging, which is a method that works well when fished really slow. The soft baits we’ve been using for this are the Strike King Ned Bug, Ned Craw, Ned Ocho, and Fox Rage UV Floating Creatures. We’ve been rigging them either on a normal ned-style jighead, or an offset ned head, for fishing weedless. 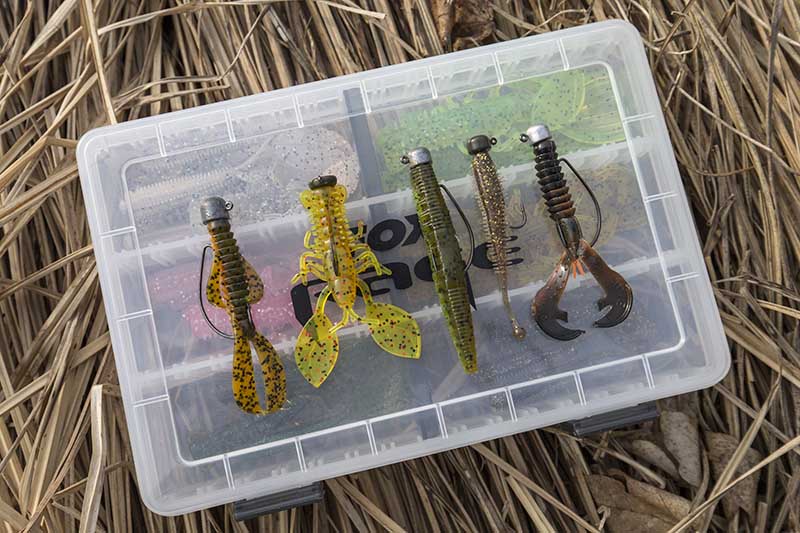 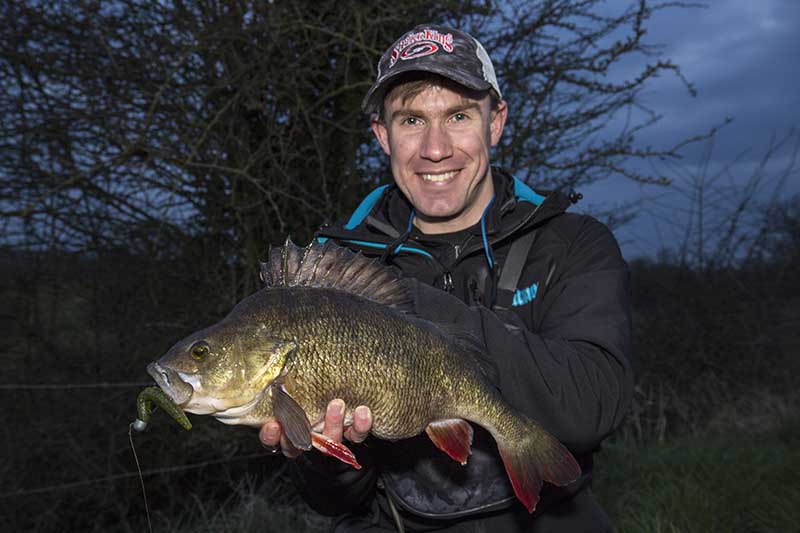 The way we’ve been fishing them is by casting out, letting the lure fall to the bottom, before slowly dragging it along, with the rod tip held at around a 10’o’clock angle, watching the tip and feeling for bites. As you drag it along the bottom, you’ll feel it bump in to debris such as sticks and stones, and I’ll occasionally pause the lure for a few seconds if it’s bumped over something substantial. The bites can be quite subtle - you’ll often feel like you’ve hooked the bottom, but if you have an inkling it’s a fish, lift in to it! 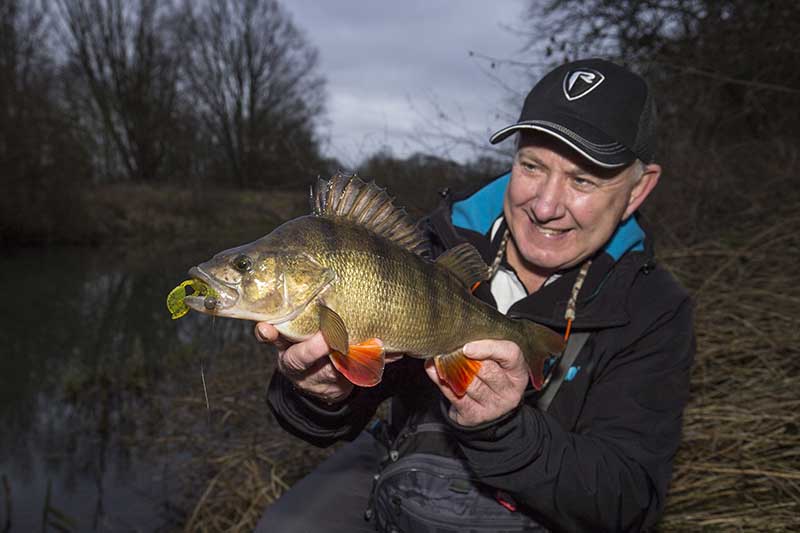 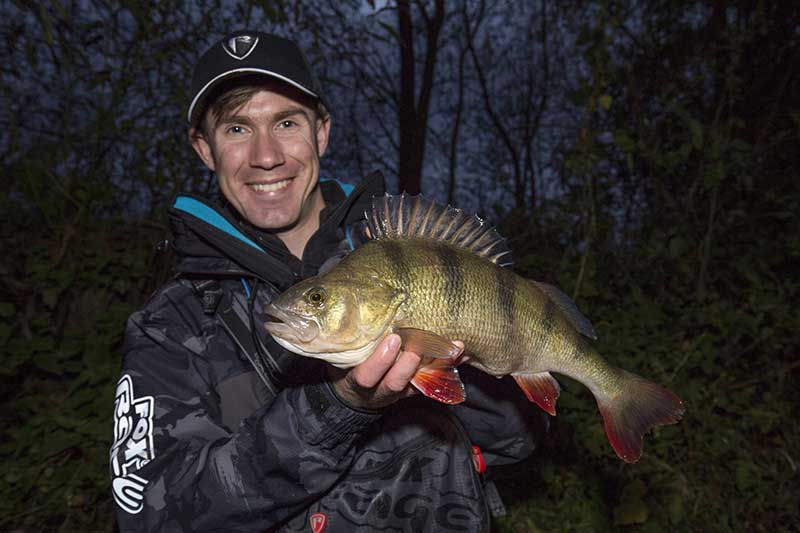 Another perch caught on a Strike King Ned Bug

Most of our perch have been caught at last light, especially when the rivers are clear and it’s quite bright, so we often fish just for the last few hours in to dark. It’s amazing how a change in the light levels can really switch fish on the feed, especially big perch. It was at this time of day that both Dad and I managed to catch our best river perch of the season - mine weighed 3lb 10oz, but the biggest of the season between us came to Dad’s rod, which was a fantastic fish weighing 4lb 5oz. 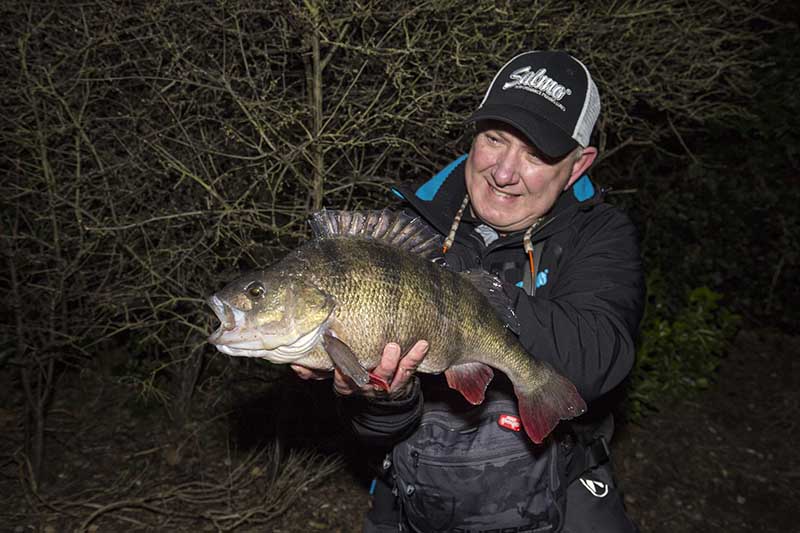 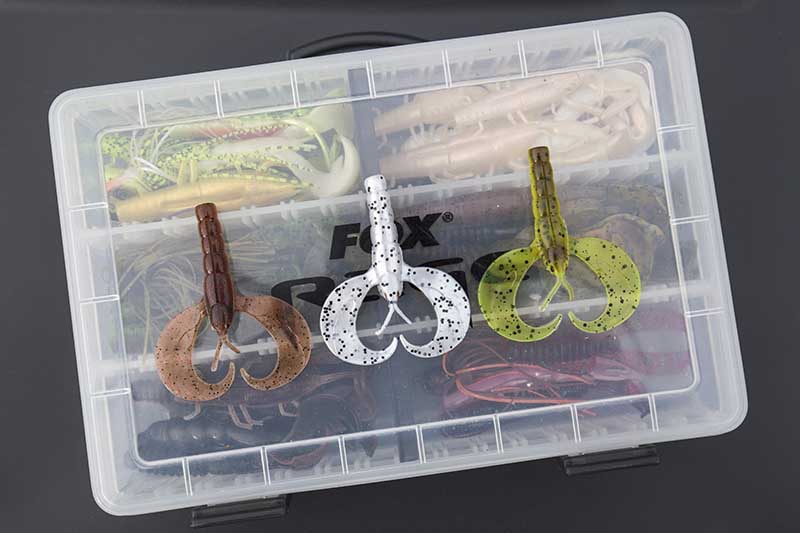 The new Mini Craw in 6cm is proving to be a great addition to our lure selection for perch, pike and chub

Dad and I always like to try and fish on the last day of the river season. With sunny conditions forecast, we knew the fishing wouldn’t be easy, especially as the rivers had fined down and were running almost crystal clear, but we still decided to fish for most of the day. It was a fantastic day and it felt like spring had arrived, which kind of made up for the lack of bites during the day. However, we caught a few jacks from a couple of different rivers, but it was no surprise that we had to wait until last light for the perch to switch on. The 4.5cm Rattlin’ Hornet always seems to get the dinner bell ringing on tough days, and my last fish of the season was an immaculate perch weighing 3lb 4oz. 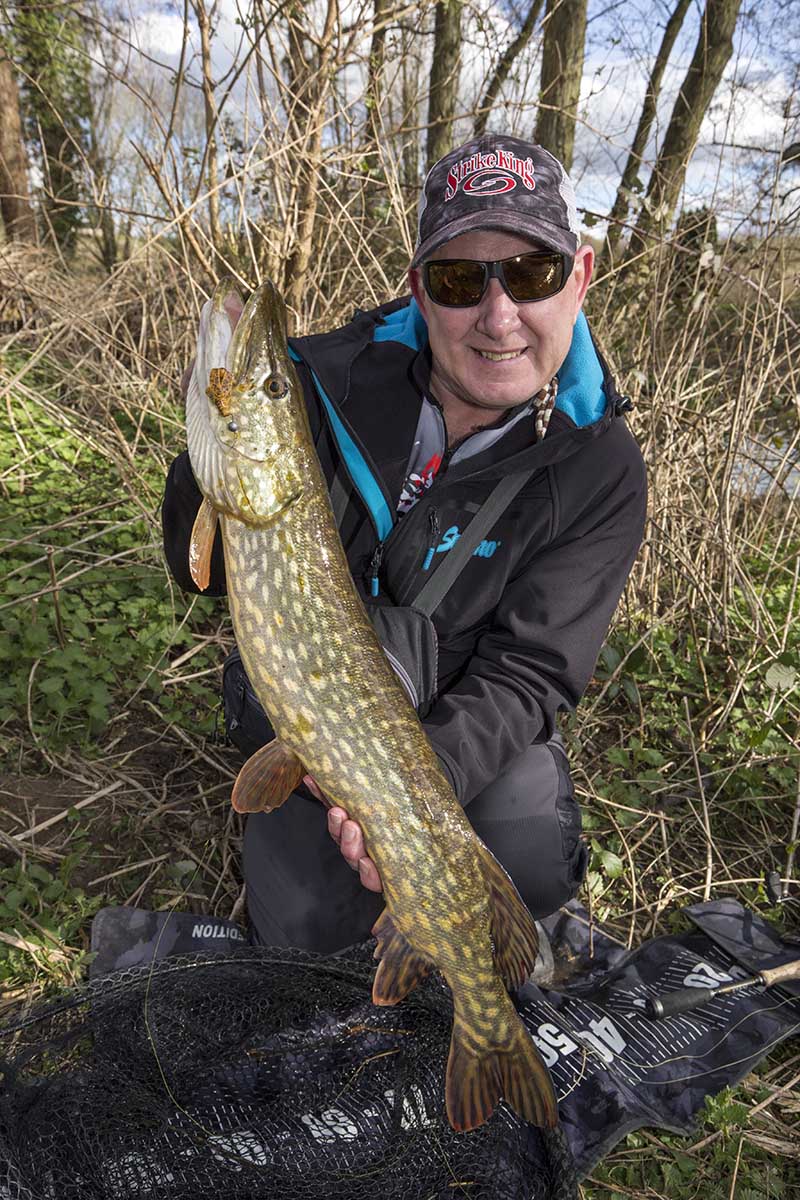 One of a few pike caught on March 14th 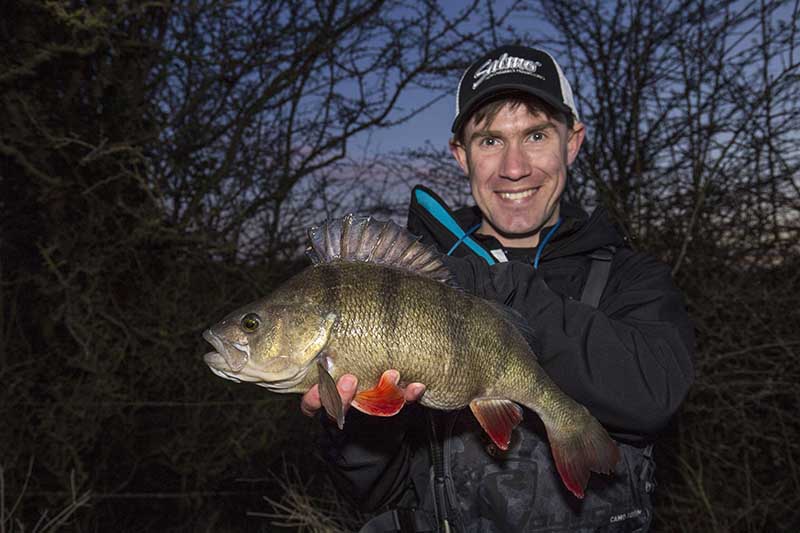 My last fish of the season

Now we’re in the closed season, I’m looking forward to reorganising and preparing for some other types of fishing in the coming weeks!